Excellent on paper, fearless in court.

Matthew specialises in commercial litigation and arbitration. He is ranked by the legal directories as a leading practitioner in the fields of (1) commercial disputes (2) civil fraud (3) commercial chancery (4) company & partnership & (5) product liability law.

Further areas of focus include offshore work and professional negligence disputes. He has a particular interest and significant experience in economic torts and conspiracy claims. Much of his work is international in nature, often involving conflicts of law and jurisdictional issues. Commendations from commentators in the legal directories include:

Analysis – “intellectually very strong and a good strategic thinker who always puts his client’s objectives front and centre”; “technically very strong”; “His advice is absolutely brilliant. You can give him a very complicated set of facts and he just takes control and guides you through what you need to do”; “innovative with his ideas”; “strong on paper with an eye for detail”; “demonstrates excellent commercial know-how”.

Paperwork – “a wordsmith, both in settling pleadings and penning correspondence”; “[his] advice is amazingly coherent and concise”; “turns stuff around really, really quickly and his paperwork is great.”

Working Style – “a pleasure to work with”; “a really responsive, affable barrister who’s commercial in his outlook, and who will bend over backwards to get things done.”; “impresses with his enthusiasm and his willingness to go the extra mile.”; “Extremely user friendly and very much works in partnership with the instructing solicitor”; “Friendly, approachable and easy to speak to”.

He relishes trials and has extensive trial advocacy experience. He also acts in a variety of mediations and other forms of ADR. He is regularly instructed, often at short notice, to deal with applications for interim relief such as freezing injunctions and Norwich Pharmacal orders. He speaks French, German and Spanish.

The following cases provide a flavour of his most recent practice:

Matthew has rightly been invited to take silk as his advocacy skills and strength on his feet are extremely impressive. Matthew can wade through complex issues and provide straight forward advice directly to clients.’ Legal 500, 2023

“His advocacy skills and his ability to adapt his arguments when on his feet are flawless.” “Matthew is a responsive, thorough and engaging advocate.” “A very strong silk – his pleadings are second to none.”– Chambers & Partners, 2023

“One of the leading juniors at the commercial litigation Bar. Excellent on paper, fearless in court.” Legal 500, 2022

“Very self-sufficient and has a good grip on both the facts and the law. He is commercial, practical, user-friendly and someone who tells you how it is.” Chambers & Partners 2022

“An eloquent advocate and fierce in cross examination; he is a wordsmith, both in settling pleadings and penning correspondence.”
Legal 500, 2021

“Responsive and to the point, he is an excellent advocate who knows how to read a courtroom.” “He is very down to earth and user-friendly.” Chambers & Partners 2021

“Nothing less than Superman in cross-examination and mediation.” Legal 500, 2020

“He’s a really responsive, affable barrister who’s commercial in his outlook, and who will bend over backwards to get things done.” “He impresses with his enthusiasm and his willingness to go the extra mile.” Chambers & Partners, 2020

“Stands out for his easy-going approach, efficient turnaround of quality work and excellent sense of humour.” Chambers & Partners, 2019

“Extremely user friendly and very much works in partnership with the instructing solicitor.” Legal 500, 2019

Recommended by the Legal 500 2022 and Chambers & Partners 2022 as a leader in commercial disputes, Matthew is experienced in Commercial Court, QBD, Chancery, Companies Court and TCC proceedings, as well as in arbitrations conducted both ad hoc and under specified institutional rules.  His commercial cases often involve group / multi-party actions. Most of his cases straddle various areas of law, including commercial contract, the economic torts, civil fraud, company law and the law of fiduciary duties.  His wide sector experience extends to aviation, energy/natural resources and banking disputes.

Recent experiences have focused on the areas addressed in the drop-down headings below.

Matthew regularly appears in and advises on disputes embracing all aspects of commercial contract law.  He provides clear advice on the proper construction of contracts and is experienced in litigating matters spanning the whole range of contractual law, across a variety of business contexts.  He has acted in a large number of claims alleging misrepresentation.

Matthew has wide experience of domestic and international arbitrations, conducted both ad hoc and under specified institutional rules.

Matthew is experienced in work with an international dimension involving conflicts of laws and jurisdictional issues.

Matthew is regularly instructed in claims relating to loans, guarantees and other forms of security.

In recent years Matthew has built up a significant body of experience in the energy sector. His expertise spans the construction and operation of traditional oil & gas infrastructure facilities, but he also has significant experience in the renewables sector. Matthew’s experiences of product liability cases involving highly technical evidence stand him in good stead when acting in and advising on energy matters.

Matthew has extensive experience of urgent High Court injunction proceedings seeking to restrain the alleged abuse of confidential information / breaches of restrictive covenants across various industry contexts, including recruitment, financial services and the insurance sector.  His work in this area draws on and complements his knowledge and experience of economic torts claims and of claims involving breach of directors’ duties. 2021/22 has seen him acting in various restrictive covenant / confidential information claims, including in the insurance broking, recruitment consultancy and retail sectors. In Flowcrete UK Ltd & Ors v Watson & Ors [2021] EWHC 2023 (Comm) he successfully resisted applications for springboard relief and computer imaging orders in a confidential information / restrictive covenant claim against former employees.

“An excellent addition to the front bench. An excellent team player with tremendous ability.” Legal 500, 2023

“An exceptional advocate, with a flair for cross-examination; he really knows how to tease a response from a witness.” Legal 500, 2022

A large part of Matthew’s practice involves him advising and acting on fraud claims. He is well used to the complexities and evidential challenges of such claims, and has a particular interest and experience in claims in conspiracy and the economic torts more generally. He is experienced in obtaining and resisting (often at short notice) the forms of interim relief commonly associated with claims in fraud, including freezing injunctions. He is ranked by Who’s Who Legal and the Legal 500 for his work in this area.

A forceful advocate who provides clear advice and submissions – he deserves his elevation to silk.’ Legal 500, 2023

“Very good with clients and extremely good on his feet. He can be aggressive when necessary but always acts in an entirely appropriate way when cross-examining.” Chambers & Partners, 2022

“He is a pleasure to work with, good on his feet and very engaging. He’s good at reading the courtroom, very commercial, and innovative with his ideas.” “He is friendly, approachable and easy to speak to.” Chambers & Partners, 2021

“He demonstrates excellent commercial know-how which appeals to clients.” Legal 500, 2020

“He is an eloquent advocate and is fierce in cross examination.” Legal 500, 2019

He is experienced in chancery litigation involving the collapse of business relationships and regularly acts in and advised on partnership disputes under the Partnership Act 1890 and unfair prejudice petitions under s.994 of the Companies Act 2006.  He is well versed in matters relating to the alleged misconduct of directors and associated allegations of breach of fiduciary duty, and relief arising from board-room bust-ups in all their many forms.

Matthew has a particular niche in employee/shareholder claims involving directors, and is well experienced in bringing shareholder actions in the High Court in tandem with employment tribunal proceedings. He enjoys advising on strategy in relation to such cases.

“Matthew is very good on his feet.” “He is responsive and hard-working.” – Chambers & Partners, 2023

“He is quickly able to cut to the heart of the matter in terms of identifying the key issues and coming up with solutions.” “A pragmatic and user-friendly barrister who can advise on civil and regulatory product liability issues.” – Legal 500, 2023

“He is intellectually very strong and a good strategic thinker who always puts his client’s objectives front and centre.” Chambers & Partners, 2022

A pragmatic and user-friendly barrister that can advise on civil and regulatory product liability issues. Legal 500, 2022

“Very pleasant to deal with.” “His advice is absolutely brilliant. You can give him a very complicated set of facts and he just takes control and guides you through what you need to do.” Chambers & Partners, 2021

“His expertise on product liability is invaluable.” Legal 500, 2021

“He is very nice and very approachable. He turns stuff around really, really quickly and his paperwork is great.” Chambers & Partners, 2020

Recommended in both legal directories for his product liability work, recent editions have noted that he is “An excellent junior, whose advice is amazingly coherent and concise. He is a superb cross-examiner” and “technically very strong”.

Matthew’s experiences in commercial chancery matters and international commercial matters serves him well in offshore litigation, an area in which he has acquired significant experience in recent years.

Matthew is a member of the International Bar Association and of C5, and is attuned to the cultural sensitivities which arise when working for clients from around the globe, and in particular the Asian  and CIS markets. 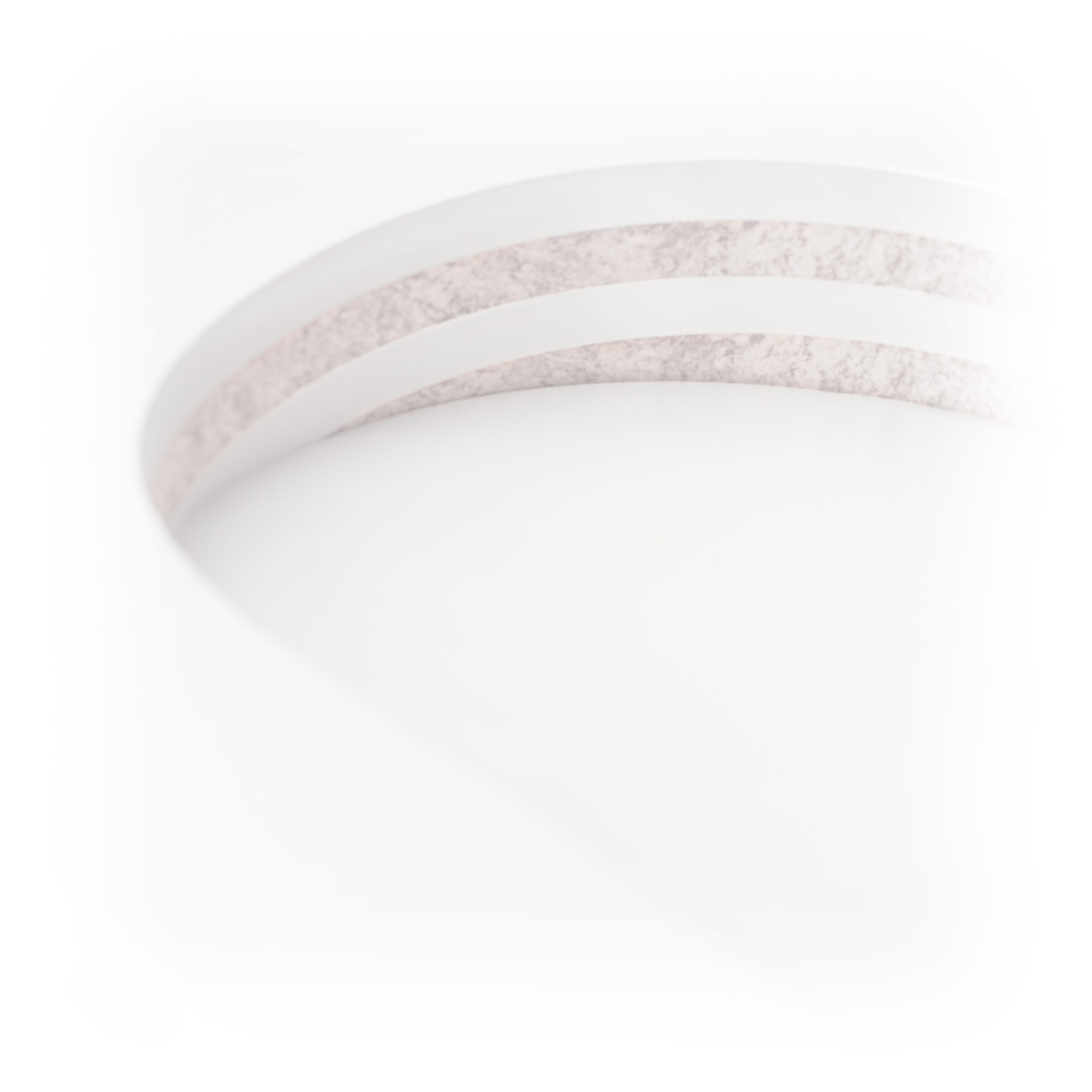 What’s going on with WP Privilege? Where does the law stand now on discounts for minority holdings in non quasi-partnership companies?

Introduction There has been little in the area of unfair prejudice… Overview When it comes to key issues in unfair prejudice petitions,…